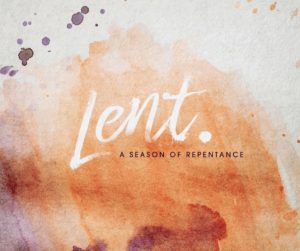 Ash Wednesday and the Season of Lent:

As a child I will never forget getting the opportunity to participate in the worship service on Palm Sunday. For most congregations it is customary to have the children of the church come into the sanctuary waving palm branches at some point during the service to help give everyone a visual of the great celebration that Jesus experienced as he made His entry into Jerusalem the week of his crucifixion. As much as I love the celebration that surrounds Palm Sunday and Easter, we as believers do ourselves a disservice if we don’t also understand just what it is we are celebrating on Palm Sunday and Easter. We can’t celebrate the new life and resurrection if we do not first make ourselves available to death.

The Season of Lent is a way that the church, for centuries, reminds itself each year of the death and suffering of our Lord and Savior, Jesus Christ. Lent begins with a solemn observance called “Ash Wednesday.” 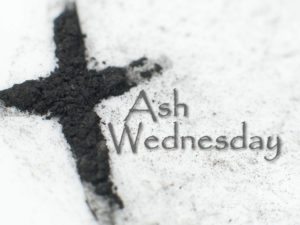 For those who worship in an Protestant-Evangelical tradition, recognizing the Lenten season may be new. Our Catholic and Mainline Protestant brothers and sisters have been celebrating this season for centuries. Honestly, it was a season that I did not recognized until I began to attend college. However, since the church calendar has become a part of my journey I can honestly say that there is a discipline that is present in my journey that wasn’t there before. The Christian calendar is a great way to teach the younger generation the Faith and it enables us to have vivid reminders about the life of Christ and the importance of the church in our lives.

On this Ash Wednesday we are reminded of just how great this gift we have been given is. This wonderful gift of grace is available to us because of the passion of our Lord, Jesus Christ. Humanity was formed from the dust of the earth and at some point all of us will return to the dust of the earth. Thankfully, it is this grace that has been bestowed upon us which gives us the glorious freedom over sin and the assurance of eternal life. The ashes we receive on Ash Wednesday is a reminder of our mortality and a reminder of who God is. The ashes are also an outward sign that we are all in need of God’s grace because of the sinful nature in which we are all born with.

Perhaps, the ashes can be a sign of another great act of God. In Ezekiel 9:4, God gives the instruction, “…Go through the city, through Jerusalem, and put a mark on the foreheads of those who sigh and grown over all the abominations that are committed in it.” (Ezekiel 9:4, NRSV)

In Chapter 8 of Ezekiel we see God has given the prophet Ezekiel a “birds eye” of the nation of Israel and it is in the vision that Ezekiel receives the instruction of what God will do to the inhabitants of Israel because of their abominations against God. Thankfully God in his mercy, realizes there are some who are groaning over the abominations that are taking place. When the slaughter of idolaters is unleashed, those who have been marked will be passed by. This mark was most likely the Hebrew letter “tau,” which would have resembled an “X.”

In Revelation 7, between the opening of the 6th and 7th seal, John receives the vision that before any creation is damaged the servants of God will receive a seal on their forehead signifying that they are servants of God. (Revelation 7:3-4, NRSV). Again we see where the people of God are set a part by a mark. Perhaps, we could call this a “mark of grace.”

This Ash Wednesday, it is my prayer that all will turn away from the idols of this world and proclaim to this world that we are children of God. Our identity rests, not in this world, but in the Son of God; Jesus Christ, our Lord. This season, identify yourself by the mark of grace, no only on your forehead, but on your heart through the indwelling of the Holy Spirit.

Q: Where did the tradition of Ash Wednesday come from?

It was traditional in ancient times for people engaged in special times of fasting, prayer, repentance, or remorse by rubbing ashes on their forehead as an outward symbol of what they are experiencing internally. This custom entered Christianity through Judaism, and Christians today may place ashes on their foreheads to mark the beginning of Lent. Ideally, one should use ashes from the burning of palm fronds from the previous year’s Easter celebrations.

Q: Why do Christians have their foreheads marked with a cross?

A: Because in the Bible a mark on the forehead is a symbol of a person’s ownership. By having their foreheads marked with the sign of a cross, this symbolizes that the person belongs to Jesus Christ, who died on a Cross. This is in imitation of the spiritual mark or seal that was put on a Christian in baptism, being delivered from slavery to sin and the devil and made a slave of righteousness and Christ (Rom. 6:3-18).

Q: Where do the ashes used on Ash Wednesday come from?

A: They are made by burning palm fronds which have been saved from the previous year’s Palm Sunday — ashes having been used in God’s rituals since the time of Moses (Numbers 19:9-10, 17)

Join us Wednesday, March 6 at 6:30pm for Ash Wednesday service.

To learn more about the season of Lent click here.